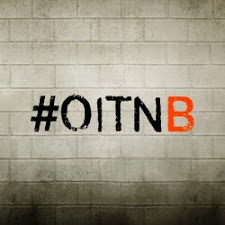 In the world of entertainment, Orange is the New Black is a show that has captured attention across the globe. We are not going into the content of the show in this post, though! Here we will discuss how the social media promotions of this show have captured our attention, forcing us to learn some lessons from it. Orange is the New Black has certainly opened up some wide avenues for discussion and needs careful study to check if they can be incorporated in our own social media promotions. Check these out!

First, the hash-tag of the show Orange is the New Black is #OITNB. This official hash-tag enjoys the status of being a branded entity. As a result, it also enjoys the benefit of being used, tweeted and circulated by millions of watchers spread out all over. Everyone who falls in love with Orange is the New Black tweets or updates social media platforms with the hash-tag #OITNB, ensuring its popularity in the process and enabling the social media handlers of this hash-tag to assimilate posts and go through them quickly.

Second, use arresting visuals to tell your story. Orange is the New Black makes use of pictures and visuals to give audiences a feel of what is going on and what is coming up real soon. These visuals vet the appetite of the show’s watchers. They are immediately lapping up these visuals, sharing them, talking about possible meanings, even fanning out storylines of their own – all on social media platforms. They are inviting discussions and starting out threads. In short, they are taking these visuals viral, the nirvana of every social media campaign.

Third, the cast and crew of Orange is the New Black update their own profiles and web pages with news items and gossip material about the show and associated matters. As a result, the web grows wider, and so does the #OITNB brand. You can replicate this success by asking your own employees, even fictional characters, and business associates to talk about your company or brand online, using your official hash-tag. The more people at your end talk online, the more leverage your brand will get. Employees can tap into network circles that are beyond the reach of your official social media team. It also brings a whole lot of credibility because the tweets and updates are from a real person.

He has trained more than 31,000 students globally through online program, classroom training, workshops & online round-tables. His teaching methodology is highly appreciated by students, peers, corporate, Sr. academicians & veteran entrepreneurs. If you want a 1:1 discussion with Debajyoti, click the link below.

RESERVE YOUR CONFIDENTIAL CONSULTATION WITH DEBAJYOTI →