You are here: Home / SEO / Site is slowing down? Google’s Mobile Best Practices to be Blamed 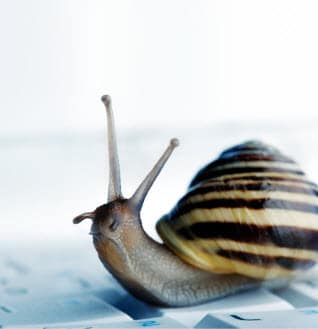 Google commits a mistake quite often. But you do not find it quite often that a potentially explosive burden is kept dormant under the Google’s best practices for mobiles. This can have a deep impact on slowing down of the page, potential ranking and bounce rate.

This is applicable for any site that use CDNs (content delivery network) like, Akamai, CSS for mobile or that serves as HTML depending on which user-agent the device is requesting the page. If a site serves special content on the same desktop URL, Google says that it strongly recommends its user’s server should send Vary HTTP header on URLs that become automatic redirects. This also helps with ISP or Internet Service Provider caching or even as another signal for Googlebot and other algorithm for discovering the proper configuration of the website.

The mistake Google did is it did not take into consideration the role of CDN. Most of the sites depend on CDN a lot because; they help serving the content faster with the help of cached copy of websites on high performance servers all around the nation or even world.

Implementing the Vary User-Agent HTTP header effectively can turn off the caching of pages and the CDN becomes worthless. A surplus of requests starts flooding in the server of the site owner. So, extra load on the server might slow down the speed of page loading. This can lead to poor user behavior and poor ranking too.

Google never took the feedback they received into consideration for taking action to rectify those.  There are a few reasons behind it. There isumber of user-agents asking for a CDN for storing a special version of page for every user-agent. It might appear to be a burden. But, they could not limit storing pages for the user-agents only. Storing multiple copies of every page increases the risk of sending the wrong version of it to the user.

This problem also includes sending a page in the wrong language that Akamai does not approve. CDN needs to take care of the lack of functionality. A solution is possible. The entire problem is created due to the overuse of mobile. Google needs to go for a new signal for indicating when exactly it is ready to find out mobile content. CDN does not want the extra load of caching any additional copy of content.