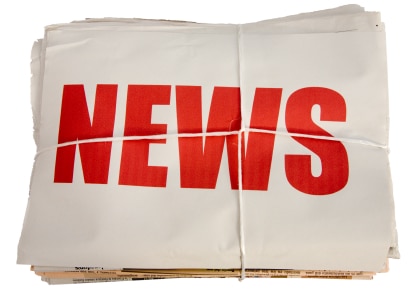 For years, webmasters have trusted on three types of contents for the success of internet marketing and have focused on the three major formats viz. News, Humor and Opinion. In recent years, people are seen inclining towards only one format among the three, which is news, having least inkling that they are gradually pushing themselves into a flow that carries several (or should I say most?) in the business. Sometimes, site owners do not even pen a headline for the story and just post the link/ URL of the original story instead.

Poor run-of-the-mill stories never had the power to draw the attention of a large volume of readers or hold their attention for a long period. The group that hardly spends time off the crispy and magnetic everyday news has already chosen the sites they want to trust. Entering that field is not easy for new or inexperienced publishers. Before clicking the mouse, loyal readers are ready with their plans to enlighten themselves with the raw, breaking news of the day and not to chew on the repackaged, half, semi or fully cooked stories borrowed by the blogs from some other source. This repackaging or spinning of news procedure can hardly add any credible value to the requirement of the readers.

The problem is not always that too many people are trying to retell the story multiple times. The problem lies in their laid-back approach that manages to churn out little amount of uniqueness or novelty to be injected to the content. When a large group of people try to present a common story without putting in much effort, they end up creating sub-standard versions of the same story. Not many people can be amused by such a worthless effort. Engaging contents demand some thorough research by browsing through some well-credited resources and not by attempting a rephrased written materials tweaked from a particular source.

Too many sites relying on the same resource ruling the SERPs can reduce value in user experience. In order to stand out among the lot, publishers should keep a vigilant eye on added information that can be collected from lesser-known resources. The trick of winning the content battle is not always finding the best of information. Just fishing out something before anybody discovers it can help you beat a diligent group vying with you.