You are here: Home / Social Media / You Are Still Fighting the Battle Against SOPA

Congress has sidelined the controversial anti-piracy bills and business owners can now have their peace of mind. Right? Wrong! The battle against SOPA and PIPA is far from over. There are indications of other similar proposed bills that can pose threats to the free flow of online information. The PROTECT IP Act or PIPA and the Stop Online Piracy Act or SOPA that were tabled last month, were designed to punish website publishing and/or selling pirated content. As expected, Internet companies as well as some Congress members argued against the bill that they might affect the flow of online information negatively. 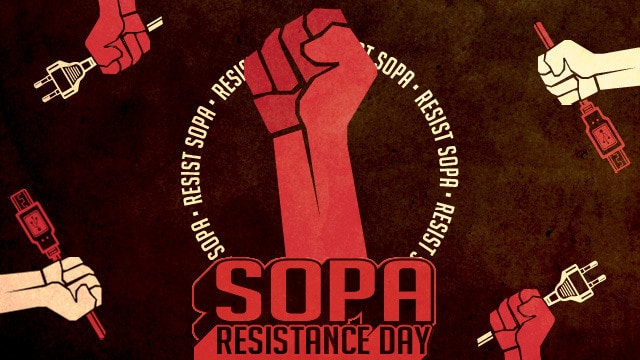 But there is nothing to be happy, at least not yet. What you are seeing is only the tip f the iceberg. If the indications are true, these bills are going to influence how online businesses are being conducted. And the business owners should be aware of the following issues.

The SOPA-style legislations like the Trans Pacific Partnership Agreement or TPP and the Anti-Counterfeiting Trade Agreement or ACTA can potentially impact the intellectual property law in a way similar to these anti-piracy bills. Moreover, these new bills may impact the way disputes are handled over the usage of content that are copyrighted.

ACTA is an agreement between multiple nations. This bill, if passed, could force Internet service provider across the world to act as Internet police. Negotiations on this bill started back in 2007. Though this bill is still to become a law, several countries that also include U.S. Japan, Australia and over 20 European Union member states have already given their consent to this agreement.

TPP is also a trade agreement between multiple nations aiming to extend restrictive IP laws across the world.

Internet surveillance too could affect the free flow of online information negatively. The U.S. Government already has a lot of powers when it comes to Internet surveillance, thanks to the U.S. Patriot Act and its 2008 amendment of Foreign Intelligence Surveillance Act. These acts allow FBI to gather financial, telecommunications and credit records of a person/ enterprise without a court order. In addition, government can “wiretap” communications made via Internet without providing any written record. And small businesses have more to worry about than the possible threat of infringement of sensitive and confidential information unknowingly. It may even raise security issues. The data that are been rifled through and stored by the third parties will be stored at their end, which can be threatened by hackers.

Besides, the revised SOPA-and PIPA style anti-piracy bills are likely to reemerge. And if they do, the bills are likely to affect both online and offline businesses. But it’s all about anticipation as of now, and best thing business owners can do is to remain informed on such issues, until the final verdict is made.