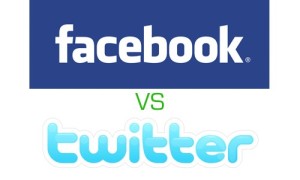 There is no denying the simple fact that when it comes to advertising returns on investment, there is no one that comes closer to Google. However, that is strictly in the domain of SEO. If you are looking for ad options in the social media circuit, the two bigger players are definitely Facebook and Twitter. A comparative study between these two heavyweights of social media networking will give you a clear idea of which one is more suited to return more money for your investments in ads.

To start off our study, we will take a look at the metrics that we are using to compare Facebook and Twitter: social media popularity, the performance of ads and the applicability of ads in the mobile domain. In terms of reach among a global user base, Facebook beats Twitter hands down. Compared to a staggering 1.15 billion users sharing and using Facebook, the number of Twitter users comes up to about 232 million. So, this places the onus firmly in the course of Facebook. If you buy ad slots here, more people get to see your brand name on their computer or mobile screens.

In terms of ad performance, Twitter wins the game. On Twitter, people are more ‘engaged’ than they are on Facebook. Moreover, the ad system of Twitter allows better targeting of user bases and that is why you can make more out of Twitter ads. The ads on Twitter are packed in with the usual content and that makes it easier for online brands to make inroads without disturbing the user experience of those on Twitter. This also translates into the fact that more people get to see Twitter ads as compared to that of Facebook, even though the latter’s reach is more in number of users.

Finally, in the mobile ad segment as well, Twitter takes away the trophy. Twitter is definitely much easier to use on a mobile device than Facebook. You can try it for yourself! You will find it so convenient to check or update tweets and a tad difficult to surf profile pages of Facebook. As a result, more people use mobile devices to tap into Twitter, a fact that helps advertisers in a large way.