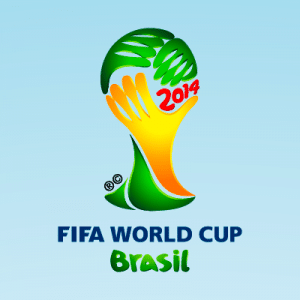 This is the season of sports, with the FIFA World Cup and the Wimbledon being played out there in all its finery. While watching one of the FIFA World Cup matches on the telly, I was surprised at the close analogy between how a team plays a soccer match and how a content marketing team charts out its strategy. There are so many striking similarities in their mode of operation. I’ve pointed out some of these similarities to give you a better hang of how you can tweak content marketing ideas to win matches.

No football match can reach a desired conclusion without a proper plan for every eventuality that you can possibly think of. This is very true of content marketing strategies. Your job as a content marketer is to draw up a blueprint well before you take the field. Jot down topics you want to write about, the promotional channels that you want to tap and other details.

Can you think of a soccer match, especially at the FIFA World Cup level, where a team does not study the opponents on the field? Without an inside-out view of the competitors, no football team will feel comfortable, or even successful in carrying out a winning offensive. The same goes for content marketing ideas. You have to look at the competition around you and then include your observations in the pre-match blueprint.

A football match is a team game, as so is content marketing. Without proper coordination and synchronization between the players on the field, every conceivable strategy will go for a toss. Similarly, if the content writers and promotional executives are not coming together as a team, your plan of attack will become blunt. You will also face issues in delivering your tangible goals like the requisite number of articles or blogs.

Anyone who has played or followed any sport, be it football or tennis or baseball, knows that it is not enough to keep playing on a plateau. You have to give a final push in order to go over the finishing line. For footballers, the players have to make a dying attempt on the goal. In the same vein, a content marketing team should not give up after writing an excellent page of content. It should give it that final push of promoting and hard selling to ensure that it reaches it optimum number of readers on the internet.